After photographing the pink of dawn at Cape Kiwanda, I hung around for a while enjoying the wave action. I’ve seen great wave action crashing against the bluffs before, but I’ve never seen the effect captured here (at least not this dramatic).The swells were timed so that as a wave would wash back from the sandstone, it would collide with the next wave coming in. Every 10 minutes, or so, a set of larger swells would arrive, and the effect was quite dramatic. The massive boom it would make was pretty cool. 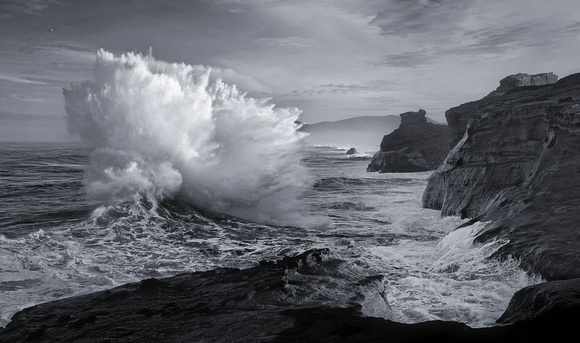